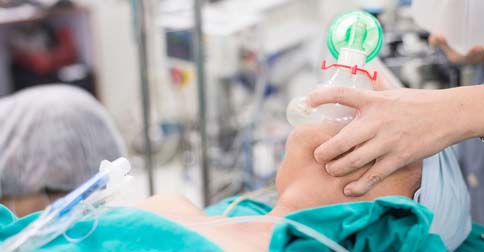 Running an anesthesia practice means complying with a labyrinth of rules and regulations. There are three related compliance issues that many anesthesiologists have a difficult time abiding by, and all of them have to do with payment.

These compliance issues are:

Many practices encounter these issues on a semi-regular to regular basis, but may run afoul of generally-accepted legal principles and practices without knowing it.

To clear up any confusion, and to ensure proper compliance, here are the general guidelines for handling each of these situations.

Professional courtesy is broadly defined as waiving payment from other physicians and/or their family members and employees. The Department of Health and Human Services’ Office of the Inspector General (OIG) covers this and other compliance issues in its Compliance Program for Individual and Small Group Physician Practices. According to this document, there are two broad considerations for whether or not professional courtesy is in violation:

Recipients generally can’t be selected because the provider thinks they’ll be a good source of referrals. This could run afoul of an anti-kickback statute that prevents providers from giving something of value in order to get business involving federal health care programs.

(Note that this may not apply to non-federal programs. Providing courtesy for those who aren’t in a position to generate Medicare/Medicaid referrals is generally allowed, as rare as that situation may be.)

The practical way to comply is to pre-determine groups of people to whom you will offer professional courtesy. In other words, don’t limit courtesy to just those who could be good referral sources. Instead, offer courtesy to any physician and their families/employees, regardless of their ability to send over business. Avoid the impression of impropriety by being more permissive and less restrictive.

Waiving the co-pay (also known as “insurance only”) is similar to professional courtesy in that both involve reducing or eliminating the cost of a service to the patient. However, one key difference is this: waiving co-pays is almost always illegal.

Why is this the case? OIG doesn’t want practices to get into the habit of attracting more Medicare patients by waiving co-pays because doing so encourages excessive use of Medicare services by the general population. Additionally, OIG views doing so as fraudulent against the Federal Government because it misrepresents the practice’s normal fee.

It’s not just the Federal Government that views co-pay waivers as fraud; many states have gotten in on the action, too. Additionally, most health plans frown upon or outright forbid co-pay waivers.

Note that waiving co-pays for fellow physicians and their families isn’t illegal in the eyes of OIG, but when it comes to Medicare patients, it is illegal. In general, it’s best to never waive co-pays to avoid any semblance of impropriety.

You can learn more about the differences between co-pays and courtesy here.

Finally, practices sometimes offer discounts for cash payments to patients, mainly to avoid costs associated with getting payment from insurance companies (as well as the uncertainty that often comes with dealing with insurers).

It’s not illegal to bypass insurance. What is illegal, however, is offering discounts and then billing the insurer anyway. This usually happens unintentionally due to poor record-keeping and administrative oversight (although some providers undoubtedly attempt to break the law and commit fraud).

When offering discounts, it’s important to always check with the terms and negotiated rates of your health plan contracts. You don’t want to undercut your own rates, or be in violation of your contract. Plus, you want to make sure each instance of offering a discount is carefully tracked, so you don’t offer a discount for a cash payment to a patient and then turn around and bill the insurer. Protect yourself by putting a plan in writing and abiding by it rigorously.

Understanding these compliance issues from a broad perspective is relatively simple, but comprehending the fine details and legal implications is a bit more difficult. If you have further questions, contact an anesthesia billing specialist to learn more and stay in compliance.

Visit our anesthesia revenue online calculator, and you will also receive a copy of our white paper "The Top 9 things you need to know about the Anesthesia Revenue Cycle Management."